Is Fungus Terminator System a Scam? – Yes It Is In My Opinion 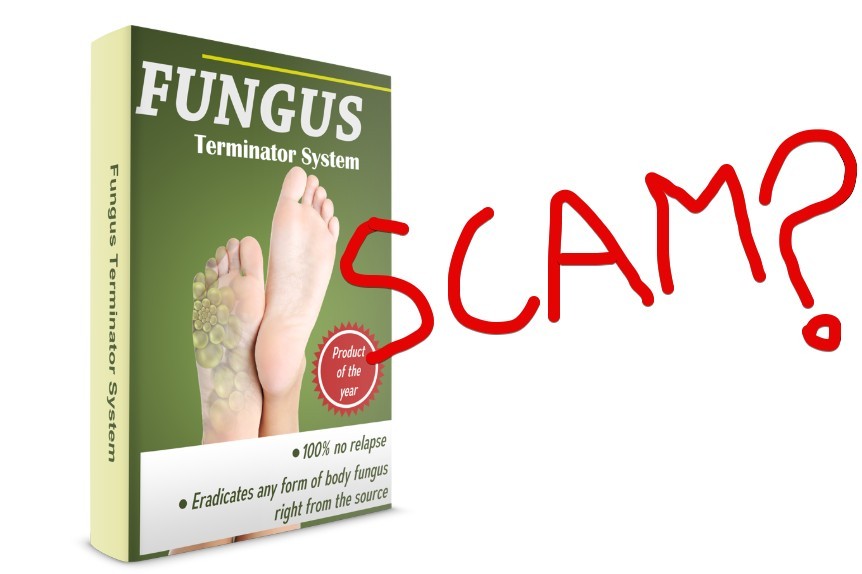 In this review I’m going to be exposing this product for what it really is… Which is not nearly as good as claimed. On the sales page for this system you are told many lies and a lot of misleading information.

In short… Yes I would consider this somewhat of a scam product and you will see why throughout the rest of this review.

When you land on the Fungus Terminator System website you are greeted with a video presentation from a man’s name “Dave Bennet”. This guy is the spokesperson in the video and he claims to be a doctor, will used to be a doctor, until his mother came down with a severe case of foot fungus and ended up getting her entire foot amputated.

In the video presentation he keeps hinting at some “special” technique that can be used to make your fungus vanish quickly, naturally and for cheap. He says that the first step is the “decontaminator” which disinfects the area from the inside out and then provides a “rejection barrier” to keep the fungus out for good.… Simple as that I guess.

In the video presentation he then goes on to read a bunch of testimonials from people who have supposedly tried out this system and it worked for them. However… None of these testimonials are verifiable. They all could have easily been made up and in my opinion they likely are made up and fake. What I say this? It is my guess because of all the lies and misleading information you are told throughout the video.

The video presentation is likely just one big lie trying to get you to buy into this product that isn’t going to work anyhow. Some red flags that I found that hint at this being a scam, which you should know, are as follows…

Contradicting Statments Made Throughout The Video

One of the biggest red flags that I came across was that this “Dave Bennet” guy doesn’t even seem to know what he is talking about although he claims to have been a doctor. Of course the product he is pushing here is called “Fungus Terminator System” and throughout much of the video presentation he talks about fungus. However… At one point he talks about his mom’s body being poisoned with a deadly bacteria, which was what eventually led to her getting her foot amputated.

He also talks about her being put on antibiotics while at the hospital. Why does this make any sense? Well because fungi and bacteria are two totally different organisms. In fact… There are in entirely different kingdoms and a very different from one another.

Dave Bennet Is Likely a Fake

The truth is that this Dave Bennet guy is likely a complete fake. He likely doesn’t exist.

If this guy were really a doctor as he claims to be then he would not be making such stupid mistakes over bacteria and fungus. You will be very well aware that these are two totally different things.

Not only that, but there is also no way for me to verify any of the information given about him. They do not provide any information I can look up to really see if he does exist.

Not that kind of fake news… But ya, fake news. Under the video presentation they list a bunch of news sites and say that this system has been featured on these different sites. This is nothing more than a lie. The people behind this product are just trying to make it seem more credible than it really is.

How This Method Supposedly Works

According to Dr. Wong, all you have to do in order to eliminate toenail fungus is clear the waste from your main organs around the infected area. Super easy, right?

He says that when waste builds up in your body bacteria then gets attracted to the outside of your body, usually your extremities like your toes, fingers, etc.

Not only have I never heard of this before and have I not been able to find any information about this being true, but as you can see there was also a more mention about “bacteria” rather than fungus. Apparently Dr. Wong doesn’t seem to know what he is talking about either.

Another Waste of Money Product

As a full disclosure, I have not actually purchased this “system”, but I can give you my prediction for what it is going to be like. Judging from the many other “scammy” antifungal products out there that I have reviewed, I’m guessing that this is going to be a simple PDF of a bunch of natural remedies that you can try and that likely won’t work.

Most of these sorts of antifungal products promote the use of natural remedies that will supposedly short any fungal infection, no matter how bad it is, but then fail miserably. They usually tell you to eat healthy foods, which is good and all, but you are probably already eating many of them anyhow.

I don’t see how anyone can say that this isn’t a scam. I am sure that the “system” provides good advice, healthy advice that is, but there is no way a system like this is going to work. If it did actually work then there would be no need to promote this in such a misleading and deceptive manner. This is deceptive online marketing at its finest.

Anyways… I hope you enjoyed my review and found it helpful. If you want to help spread the truth about scams like this then please share my review. Also, leave any comments or questions below 🙂