Hearing X3 is a natural supplement that can supposedly drastically improve hearing problems, or at least that is what they say. But can it really? Or is this just another scam product that is going to be a waste of your money and leave you disappointed at the end of the day?

There or so many scammy supplements out there dealing with hearing loss, like Ring Ease and Tinnitus 911 for example, that this is a question that definitely needs to be addressed, which is why I am writing this review right now.

And it’s no wonder that you are probably wondering the same thing… Asking yourself whether or not Hearing X3 is a scam?? I mean, the product is promoted in a “cure all” way that just seems a little bit too good to be true.

Can Hearing X3 really be the miracle cure that you have been waiting for?

The answer: probably not.

And you will see why in this review.

But first let’s talk a little bit about the sales pitch.

Above you can see a picture of what the video presentation looks like, which you may or may not have seen. It is a ridiculous 35 minutes in length and if you made it through the whole thing then you deserve a pat on the back.

The spokesperson in the video starts out by saying that age is not the reason for hearing decline, but rather it is the result of damage to the inner shield of your ear.

He tells a story about some guy named “Greg” who was a grandfather whose life was really going downhill with the decline of his hearing. It led to worse relationships with his wife, kids and grand kids, and even almost led to his house being burned down because he couldn’t hear the smoke alarm.

But who knows if the story is actually true or not. I review somewhat “suspicious” products like this all the time and they are often marketed by lies and misleading false stories.

Everything You’ve Heard Has Been Wrong..

Of course in the sales pitch they tell you that everything you have heard about hearing loss has been wrong… And of course, they have the real cure to it all… 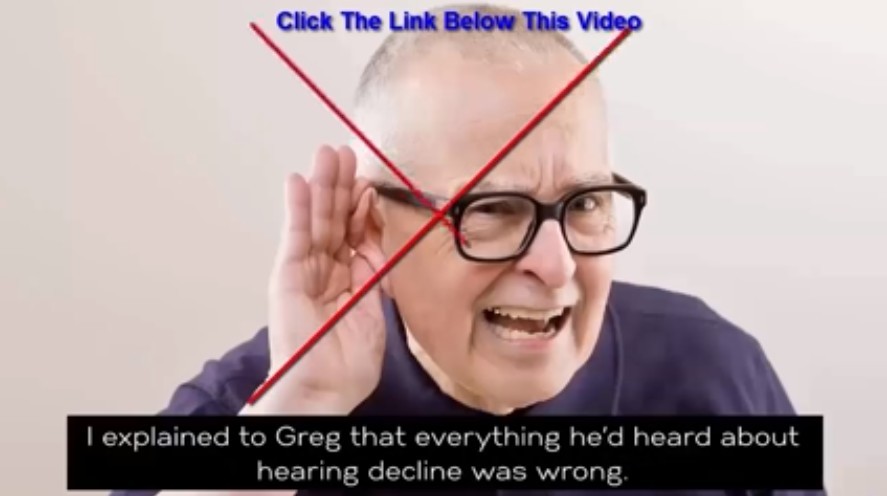 Statements like this are pretty common. Of course, they want you to believe that they have the right answers so that you buy their supplement that they promote, which in this case is Hearing X3.

It’s All About This One Nutrient

Apparently the reason for people’s decline in hearing these days is because of a lack in some lone nutrient. The guy says that our parents used to get enough of it but with all the food engineering that is going on nowadays, this nutrient isn’t found enough in foods anymore.

Well… actually it’s about a bunch of nutrients..

He led you to believe that is just a single nutrient, yet he then rattles off a bunch of nutrients that are the key to improving your hearing, these include…

And all of these “key” nutrients are included in the supplement Hearing X3.

But anyways, let’s get on to the meat of this review.

The promotional video is obviously a bit over-the-top and makes this whole thing sound too good to be true, but that doesn’t necessarily mean that it is a scam.

Hearing X3 is a natural supplement for hearing loss. It sells for around $49 a bottle and is the creation of Dr. Ryan Shelton from Zenith Labs.

While the supplement definitely is over-hyped and isn’t going to be the “cure all” that is claimed to be, is still is something that could potentially have some positive effects on hearing loss, as I will explain in more detail later.

Who Is Dr Ryan Shelton? 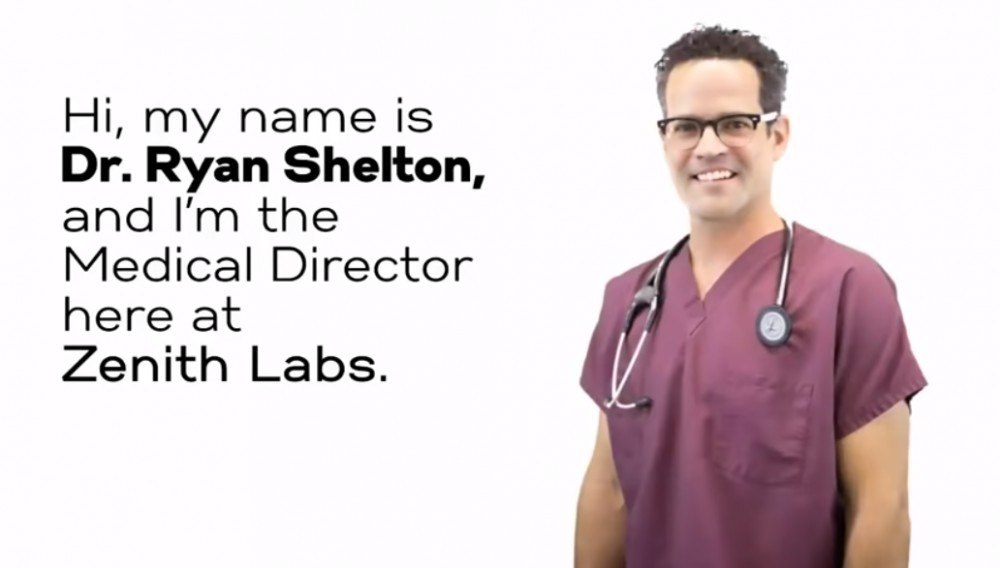 Dr Ryan Shelton is somewhat known for promoting these sorts of over-hypes products. In fact, I have reviewed another product of his called Diabetes60 System in the past.

That said, he is a doctor in traditional medicine and alternative medicine, so he is who he says he is. In particular his main focus seems to be on natural anti aging remedies, such as this Hearing X3 supplement that can supposedly help reverse the decline in hearing that is often associated with aging.

The Ingredients – Will They Actually Work?

I don’t know if you can read the label, because the print is a bit small in the picture, but what you need to know is that this contains a bunch of ingredients, 15 in total.

However, I’m not going to be going over all of them. I’ll just go over some of the “key” ingredients that are supposedly most responsible for this supplement’s ability to cure hearing loss.

Ginko Biloba (100mg) – This is something I’ve seen in other hearing supplement’s, including those for people with tinnitus. In fact, it has been shown to be somewhat effective against tinnitus in studies.. It is thought to increase blood circulation in the inner ear which plays a role in hearing loss in some cases. A 100mg does seems to be appropriate although some studies I’ve come across are taking around this amount twice per day.

Resveratrol 50% (40mg) – This powerful antioxidant has been shown to have a protective effect against noise-induced hearing loss. So if your hearing loss is the result of loud noises, this may help. A 2003 study suggests that this is due to its antioxidant profile and ability to protect the auditory system from reactive oxygen species.

This compound is found in high amounts in red grapes and red wine.

Gotu Kola Extract (50mg) – This unusually named ingredient has been shown to potentially have a modest ability to protect brain cells. I wasn’t able to find any good information about it improving hearing loss in particular, but there is some information suggesting it can increase blood flow which could be of help.

Folate (500mcg) – Low levels of this vitamin may be associated with an increased risk of hearing loss. The reason I say “may be” is because there is research that has shown the opposite as well. A study I came across in The American Journal of Clinical Nutrition concluded that a poor intake of this vitamin “may be associated with age-related auditory dysfunction” yet another study I came across that is more recent suggests that a higher intake of folate “does not reduce the risk of hearing loss”.

The big problem here that I see with this supplement is that there is a severe lack of evidence that any of these ingredients listed above are going to have significant positive effects on hearing loss.

Yes, there is “some evidence” that suggests they could improve hearing, but there are no groundbreaking studies on any of them, not by far.

In the research that I have found done on these ingredients there is a lot of wording like “may improve “, “is thought to improve”, and so on. There isn’t any concrete proof that these “will improve” hearing.

Now I would be completely fine with this if the product was marketed in a less “scammy” way. Instead it is marketed as some sort of miracle supplement that is going to cure everyone’s hearing problems no matter what they are. And unfortunately this is going to lead to a lot of very disappointed customers.

Conclusion – Scam or Not?

I’m all for trying out natural healing remedies and supplement’s like this, but you need to know the truth. The truth is that this is definitely not a cure-all supplement. There are so many different reasons and causes for hearing loss and this certainly isn’t going to work for all of them.

I hope this review gives you a good idea of what you are looking at here. I wanted to provide as unbiased information as possible and tell you the truth of the matter. Yes, you could see improvements while taking Hearing V3, but this just isn’t as amazing as it is often promoted as being.

There or a lot of fake reviews out there that mislead people into buying this, which is one of the things I noticed as I was doing my research. You can’t trust everything you read online unfortunately.

I hope you found this information helpful! leave any comments or questions below and I’ll get back to you soon 🙂