Outback Vision Protocol Complaints – What You Should Know

Outback Vision Protocol is said to be able to cure your vision in three weeks with nothing more than a simple green smoothie. But can it really? Can nothing more than a smoothie really stopped macular degeneration, cataracts, retinitis, and other eye problems that can lead to blindness?

Well… While it does have some potential the truth is that this protocol is nowhere nearly as amazing as it is said to be. I have a lot of complaints about Outback Vision Protocol that I will be going over throughout this review. The point of me writing this is to warn people of what they are getting into. It is not the miracle that “Bill Campbell” claims it to be.

The Suspicious Story Behind It All 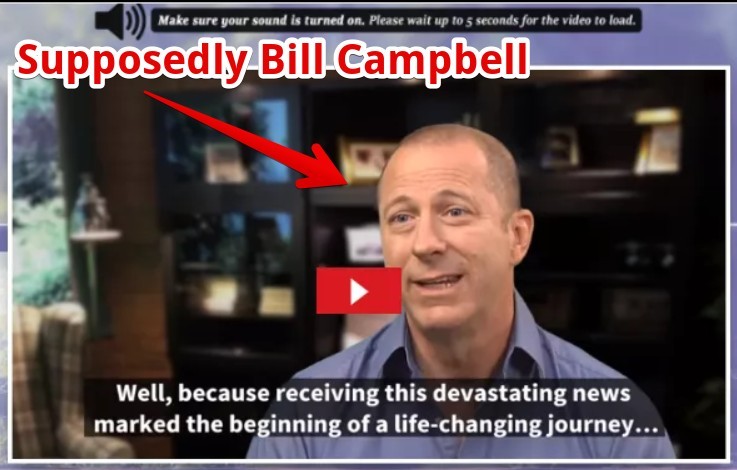 So Outback Vision Protocol is the creation of Bill Campbell who is supposedly ex-military and once had a wife who suffered from severe macular degeneration. The reason I say “once had” is because he supposedly cured his wife’s problem in just three weeks after stumbling upon this incredible protocol.

Some of the claims made about Outback Vision Protocol our that it can reverse macular degeneration, glaucoma, cataracts, and even can correct near and farsightedness.

Of course all of our eye problems should be blamed on the “corrupt and dishonest optometrist industry. Bill claims that the entire eyecare industry is out to get you and only wants to make your eyes worse. He claims that they do not want to cure you because they want to keep sucking the money out of you. You are also told in the video presentation that the eyecare industry has been lying to you for years… TVs, computers screens, tablets, etc. I don’t cause eye problems… At least that is what he says.

He claims that it all comes down to two simple ingredients that you learned from an aborigines soldier while stationed in Australia.

Is any of the story true? While there is some truth to what he says but the entire background story about him being some soldier that got this protocol from an aborigines soldier over in Australia is likely untrue, although I cannot prove it.

Backed by medical professionals around the world

This particular protocol is NOT backed by medical professionals around the world like he tells you it is. It is true that the two nutrients he talks about are backed by plenty of science, but his protocol is not.

There have been no studies showing that this protocol can repair your vision to 20/20 in as little as three weeks no matter how bad it is.

Nope…. Not true either. This protocol has not been used to treat 51,297 people. Or if it has I would like to see the proof of it, but I’m guessing this is just another lie.

The eyecare industry is trying to shut him down

This is your typical BS sales pitch. He is using good old-fashioned fear mongering to scare people into thinking that they can’t go to the optometrist anymore in that buying his protocol is the only solution.

He tells you that the entire eyecare industry is crooked and is trying to shut him down. He then goes on to say that he doesn’t know how much longer the video presentation will be online because they are trying to shut him down. This is what you call false scarcity. He is just trying to make things seem urgent so that you buy in right away. There is no truth to any of it.

It also doesn’t even make any sense. He claims that this protocol he is selling is going to damage the eyecare industry because it is some great new thing that only him and some aborigines in Australia know about. However, he isn’t presenting anything new here. The protocol is based on well-known information that has been around for years. It is no new secret that has just been discovered.

If I wanted to I could pick apart is entire video presentation and provide many examples of things that just don’t add up. However, I’m not going to do that because I don’t feel like spending that much time trying to prove a point that is pretty obvious.

The point is that much of what he says is a lie and some of it doesn’t even really make much sense.

Remember near the beginning of the video presentation how he talked about computers, TVs, cell phones, etc. not being the problem that the optometry industry tells you they are? He tells you that the optometry industry is just a bunch of liars and that they feed you these lies because they don’t want your vision to get better. HOWEVER… Later in the video he goes on to say that eyestrain is one of the main reasons people go blind in that you NEED to avoid as much as possible. Well, bright screens, such as those from computers and TVs, are proven to increase eyestrain so that would mean they indirectly could lead to you having blind… If I am hearing him correctly.

The Truth… What You Need To Know

Now you might be thinking that everything you are told is a lie. While much of it is, believe it or not… There is some truth behind all this. Even the storyline about the aboriginal people of Australia having the best vision in the world is true. I looked into this and found it pretty interesting because I had never heard of it before.

That said, I have not found any proof that their incredible eyesight is due to their diet, as Bill tells you. Based on what I have found it seems that this is more genetic than anything. Aborigines are just genetically gifted when it comes to eyesight.

Now the story might be partly true and partly made of lies, but the truth is that these two nutrients are very important when it comes to human vision. Pretty much everything he says about lutein and zeaxanthin are true. They are both found in the retina and other parts of the eye where they are incredibly important.

In there is more than just one study on this out there. The evidence is pretty conclusive… Both of these nutrients are very important to our vision and they do have the ability to reduce and even reverse macular degeneration along with a variety of other eye problems.

Believe it or not, you are actually told the truth here as well. Just as the video presentation goes, both of these nutrients apparently help stop harmful bluelight from penetrating deep into the retina. The further blue light penetrates, the more oxidative stress that causes which means more free radicals that damage your eyes. These two nutrients help stop that from happening.

Where Can You Get Lutein and Zeaxanthin?

Well you certainly don’t need to be following any “Outback Vision Protocol” that is for sure. In fact, there are many common foods that contain these two nutrients. According to  macular.org, these are some of the best natural sources out there:

They are all good sources but kale is by far the best. Why this is, I’m not sure… All I know is that it is extremely high in both nutrients.

Okay… So now you know the “secret” that Bill Campbell is trying to sell you, so what is the point of buying this deceptive product?

Just go out and make your own kale smoothies along with other important and tasteful healthy ingredients. There is nothing special about Outback Vision Protocol and that is the point I really want to make clear. It is just in over-hyped product that is marketed in a very deceptive and unethical way that does definitely have some value to it, it is just not nearly the miracle worker that it is claimed to be, which is similar to products like Japanese Toenail Fungus Code, Tonaki Tinnitus Protocol and others.

I wouldn’t call this a scam. It is just a very good example of how ridiculous and unethical online marketing can be. Couldn’t they have just presented this protocol in a truthful and honest way… Where you are being misled throughout a very lengthy video presentation? I guess not.

But anyways… I just have way too many complaints to ever even think about buying such a product or recommending it to other people. There is a lot of truth behind the protocol but is covered and served to you with so many lies it is repulsive. That said, if you do want to purchase it you can do so on the official website here.

I hope you enjoyed my review and found it helpful. Please share it to help spread the truth so that other people don’t get sucked into buying this protocol without really knowing the truth behind it all. Also, leave any questions or comments down below and I’ll get back to you as soon as I can 🙂