Is Fungus Key Pro a Scam? – What You Should Definitely Know 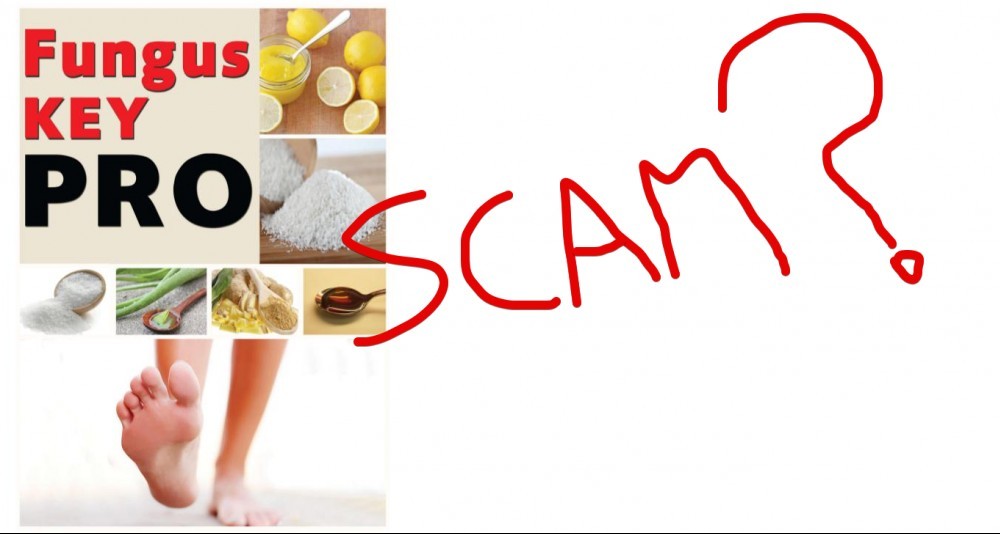 Fungus Key Pro it is said to be some incredible new natural formula for treating toenail fungus that is based on ancient Asian remedies. But is it really? I mean seriously… How effective can these natural remedies be? Is Fungus Key Pro a scam just like the many other toenail fungus treatment scams out there?

Truth be told… There is a heck of a lot of information out there about Fungus Key Pro. While it could potentially have some benefits and could possibly your your toenail fungus, this is certainly not the miracle worker that you are led to believe it is. Claims about Fungus Key Pro our seriously exaggerated and much of what you are told in the video presentation is a lie.

In this review I will be exposing Fungus Key Pro for what it really is, which is not nearly as good as they tell you.

When you land on the Fungus Key Pro website you are greeted with a video presentation that starts off talking about all the extreme risks of toenail fungus. The typical scare tactics are used which you often see with promotions for a different health products.

The spokesperson in the video goes on and on about how dangerous toenail fungus can be in an attempt to scare the life out of you. At one point in the video he mentions that 40% die from blood poisoning or septicemia, yet he just grows this statistic out there in doesn’t really elaborate on it. It is obvious that not nearly 40% of people die from toenail fungus, so what the heck does he mean by this statistic?

The truth is, as I said, these are just scare tactics that are used. Yes, toenail fungus can potentially be very harmful and even deadly, but this is not very common at all. According to BerkelyWellness.com, about 10% of all Americans have toenail fungus and people over the age of 60 have it at about 20%. That is a heck of a lot of people and if it were as deadly as the spokesman leads you to believe, then you would hear about people dying all the time from it.

In the video presentation the spokesperson talks about this guy named Matt Stevens who was supposedly in the hospital from toenail fungus. He almost died and his doctor prescribed him Lamisil which just gave him a bunch of side effects, such as fever, chills, purple spots on the skin, dark urine, stomach pain, and even jaundice.

Then of course he came across this awesome miracle treatment and WALLAHHH… He was cured.

HOWEVER…. The unfortunate part about this story is that it is all a lie. Matt Stevens does not even exist. He is a fictitious character that was made up for the purposes of promoting this antifungal product.

I’ll prove it to you. Below is a screenshot I took from the video of “Matt Stevens”… 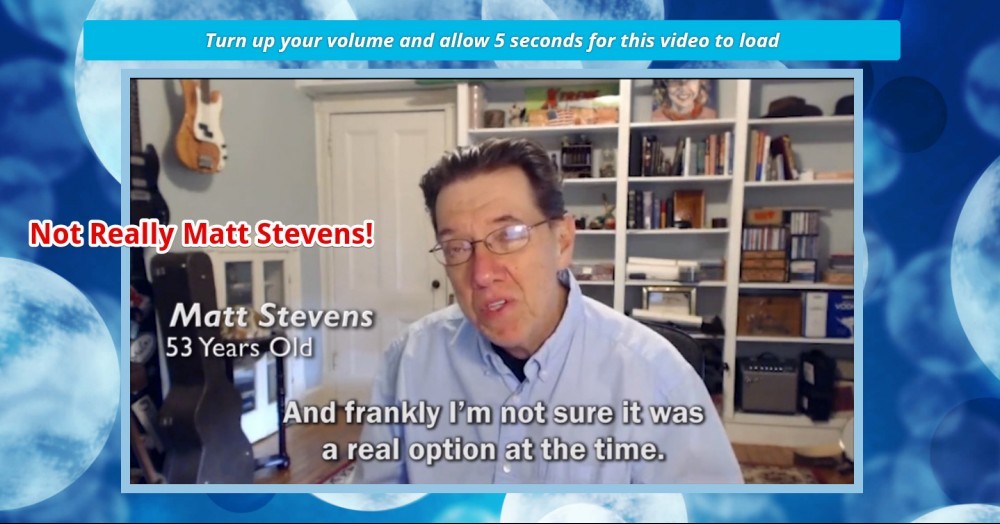 Now take a look at the image below. This is a screenshot from Fiverr, where this guy offers his service as a spokesperson. He creates videos for products online and anyone can pay him to do this. In short… This guy is a paid actor and he is just saying what he is getting paid to say. His name is not Matt Stevens and he has likely never even tried Fungus Key Pro. 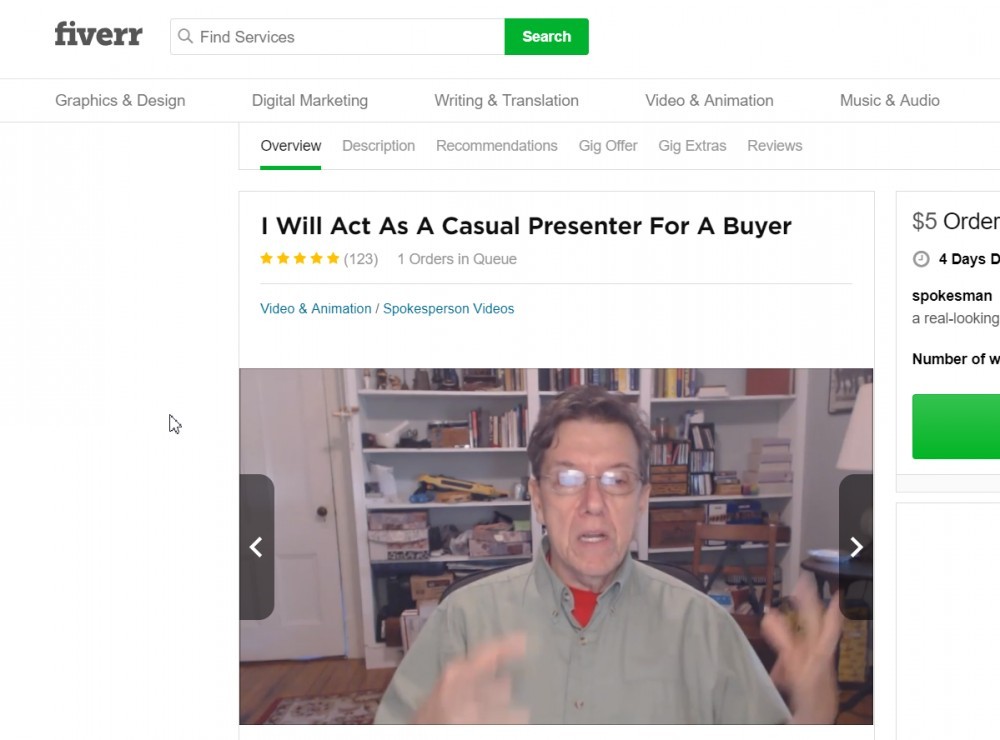 The video proceeds to talk about all the harmful side effects of Lamisil, which can potentially be a very long list. It talks about how living people have died from Lamisil and how harmful it is.

Then the guy goes on to talk about Sporanox and how it is even worse than Lamisil, yet the doctor still prescribed both of these.

It is true… Both of these drugs have been linked to deaths in certain cases but these deaths have been indirect and based on the information I found could have possibly been due to other complications. This is what the spokesperson does not tell you.

Near the end of the video presentation there was a video clip from a college student named “Jason Bridges”. This guy supposedly had a severe case of toenail fungus and was prescribed Sporanox. This led to side effects such as decreased sex drive, which he was most worried about. He claims that he could not perform at all in bed and I just thought this was somewhat amusing because I would have never expected a video clip like this to be in this video presentation.

But anyways… This video is likely another fake anyhow. 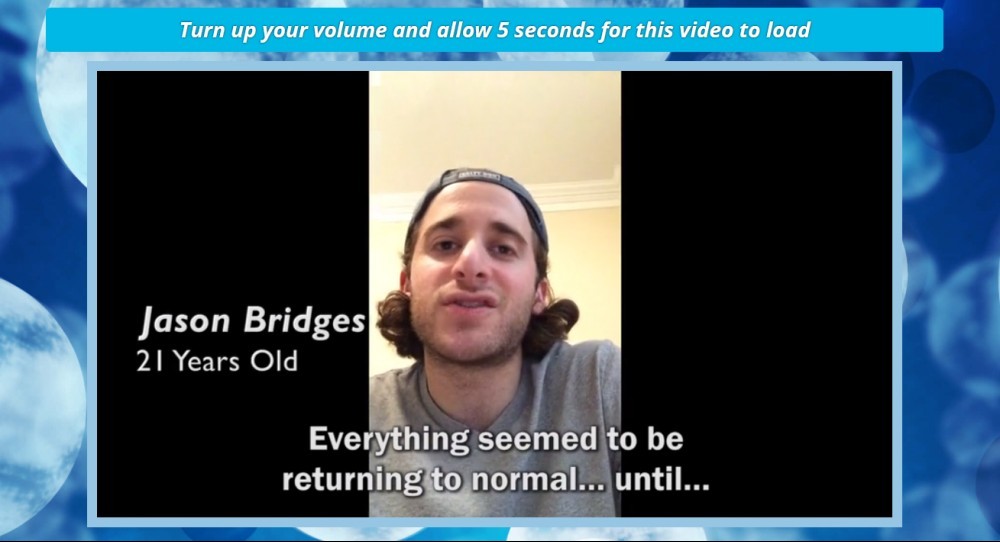 In the video they say that this “Wu Chang” guy was born in South Vietnam in 1948. He worked at a hospital during the Vietnam War and treated soldiers suffering from “jungle rot”, which is described as a fungus infection from the humid and hot environments over in Vietnam.

He saw that the Vietnamese weren’t having problems with this “jungle rot” so he began researching for natural remedies that they were possibly using, which eventually led to him coming up with this Fungus Key Pro.

BUT… “Wu Chang” does not exist. Just like everyone else does mentioned in the video presentation, this guy is made up. His picture was actually stolen from a doctor named Yihua An as you can see below… 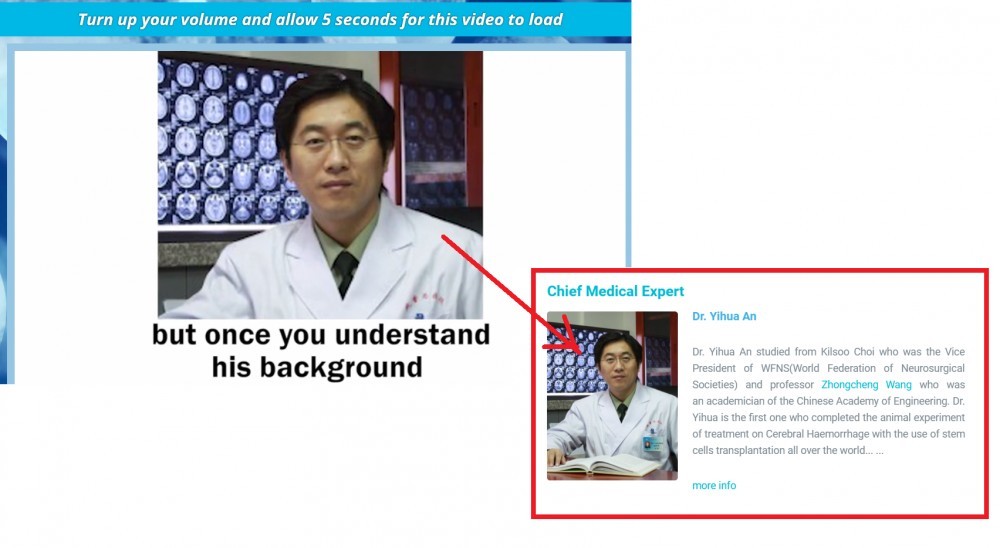 It would be pretty cool if the story about Wu Chang was trail, but unfortunately it is not.

The Truth About Fungus Key Pro

The truth about Fungus Key Pro is that it is not nearly as good as they lead you to believe it is. All it really is, is a generic protocol for treating fungal infections that uses household products.

Really it is just a PDF document that you will be able to download online that will go over some natural treatments, very similar to Japanse Toenail Fungus Code. These treatments include things like using baking soda, coconut oil, lemon, etc. All things that you can get at the local supermarket.

But will these natural treatments really work? I have seen so many natural remedies out there that do not work and is no reason that you and I both are skeptical of this protocol.

The downside to natural remedies is that they usually are not very strong. They are mild treatments and because of this they produce mild results, or many times no results at all, or at least unnoticeable. The upside to it however is that there are going to be any side effects. All of the natural ingredients discussed in this PDF are rather common and nothing that you need to worry about.

Is This Worth The Price?

Should you really purchased this Fungus Key Pro PDF?

Well we are all entitled to our own opinions, but in my opinion I don’t think anyone should buy into this. Just look up natural remedies on Google or hop on YouTube if you like watching videos. You will find plenty of results and it is not like Fungus Key Pro is going to give you any special secrets like the lead you to believe it will.

Also, would you really want to give these people your money? After all they have done to you? After all those lies they just told you? Just about everything they tell you is either a lie or very misleading. I don’t know about you, but I sure as heck don’t want these people profiting from me.

Final Thoughts – Worth It or Not?

As I just said, I do not think that this product is worth it. It provides generic information that can easily be found online for free. There are no “secrets” given here. There is no secret ancient Asian fungal treatment technique given… It is all just a bunch of natural remedies that could potentially benefit your fungal condition, although in many cases it probably isn’t going to help.

This is pretty typical of antifungal products. They are often overhyped and promoted in a sleazy and rather unethical way. I’m just surprised that in this video presentation they didn’t try to make the pharmaceutical industry look like the devil. One of the common marketing tactics I see is to make the big pharmaceutical companies look like they are out to get you… Like they want to keep you sick just to continually suck the money out of you. While I think everyone has some distrust for the pharmaceutical companies, they are not all bad.

But anyways… I hope you enjoyed this review and found at least somewhat helpful. If you did please share it and help spread the truth. Also, leave any comments or questions down below in the comment section and I’ll get back to you as soon as I can 🙂