Is Dr. Akara’s The Fungus Destroyer a Scam? – What You Need To Know 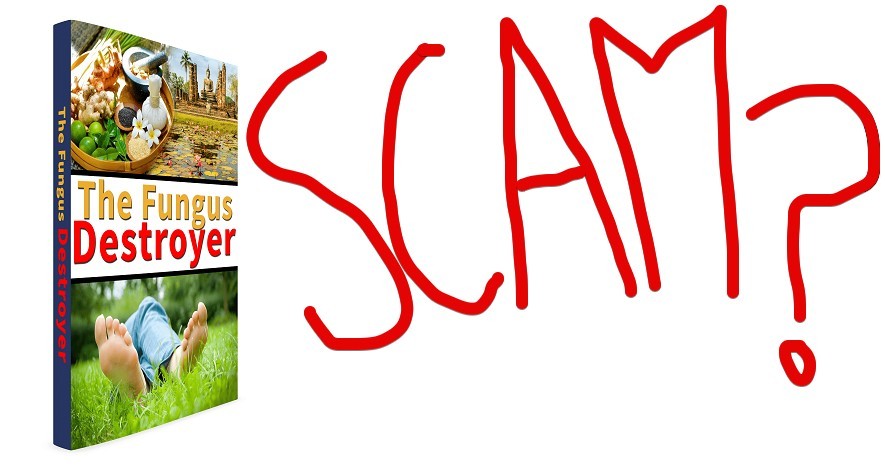 The Fungus Destroyer by Dr. Akara is supposedly some natural fungus cure that only takes about 10 minutes of time per day. It is described as a “secret treatment” in the sales pitch for this antifungal product is very hyped up. But does this product actually work like they claim? Is it really as good as they say? Or is The Fungus Destroyer a scam that is just going to be a waste of your time and money?

Treating toenail fungus can be a pain in the last thing you want to do is waste more money on treatments that don’t work and time trying to treat it but failing. So it is important to answer these questions, which I will be doing in this review. I’ll be covering how The Fungus Destroyer works, the cost, some red flags that show how “scammy” this product really is, and more.

Since you are reading my review here, there is a good chance that you came across the video presentation for The Fungus Destroyer. The guy talking and the presentation was supposedly names “James Dean”, who had suffered from a severe case of toenail fungus himself.

Apparently Mr. James Dean was prescribed Lamisil from a doctor and ended up getting diarrhea, headaches, and vomiting… Which eventually put him in a hospital where he nearly died. On top of all of that, it didn’t even care is fungal infection.

The point of this guy telling you this story is to scare you away from the doctors. He leads you to believe that the doctors are just out to get you… All they do is prescribe you expensive medications and they aren’t even interested in curing your problem. They just want to keep sucking the money out of you day after day. I’ve heard claims like this before with other anti-fungal products I have review, such as Urgent Fungus Destroyer for example.

Now while this might be true to some extent, and I think we all have some distrust for the big pharmaceutical companies, James Dean presents information in a very misleading way. He tells you about the deaths that Sporanox and Lamisil have caused, and how hard they are in your liver, but he does not mention the lives that they have saved. The truth is that these medications, while potentially harmful, do help a lot of people. They are normally prescribed for more extreme cases of toenail fungus, cases that are severe and where it is worth the risk for the person to take the medication.

Of Course The Fungus Destroyer Is The Answer

The spokesman goes on to describe a bunch of different symptoms of toenail fungus and says that if you have any of these then your body is a breeding ground for fungus that is destroying your immune system and will potentially kill you.

Statements like this are intended to strike fear into reviewers. He is telling you that you have the potential to die from your fungal infection and of course this amazing product, The Fungus Destroyer, is what you need to fix it.

How The Fungus Destroyer Works

Well, throughout the video presentation he really doesn’t tell you all that much. He lead you on and on, telling you about how great this product is, but never really gets to the point in tell you what exactly it is.

For much of the time you don’t even know what you’re getting. Is The Fungus Destroyer a supplement that you take to cure your fungus? What is it?

The Fungus Destroyer is actually an e-book that provides information on curing toenail fungus. It is not a supplement or anything that you will be taking.

Supposedly the information provided in the book is based on ancient Thai medicine, since Dr. Akara it’s a Thai doctor and all.

The treatments described in this book consist of all natural ingredients, ones that you might already have at your home.

According to what they tell you, you will discover:

As I said, there is not very much information about how this actually works but you are told that it only takes 10 minutes of time per day, which means that the natural topical treatment you will be instructed to use will need to be applied for 10 minutes each day.

The product appears to be very overhyped and not nearly as amazing as they tell you. Luckily, it only cost $37 which isn’t really all that much.

In addition, you will get a bunch of bonuses that you probably don’t even want. These bonus products are also a bunch of e-books, some of them focused on healthy cooking.

There are a lot of signs that point to The Fungus Destroyer being a scam that I came across in the video presentation. Some of the things I think are worth pointing out include…

The sales pitch that they throw at you is obviously way over-hyped. They make this product seem as if it is a “secret treatment” that is going to cure any case of toenail fungus, when this seems to be far from the truth.

I have reviewed many natural toenail fungus treatments like this one and the fact of the matter is that they are usually mild treatments and only work well for mild cases of toenail fungus.

The testimonials of the show you throughout the video presentation are as fake as can be. The one guy below, who they say is named “Andy Crawford”, goes on and on talking about how amazing this product is. But the problem here is that this guy is actually a paid actor that is available for hire on Fiverr. Below you can see a screenshot I took from the video presentation along with his profile on Fiverr… 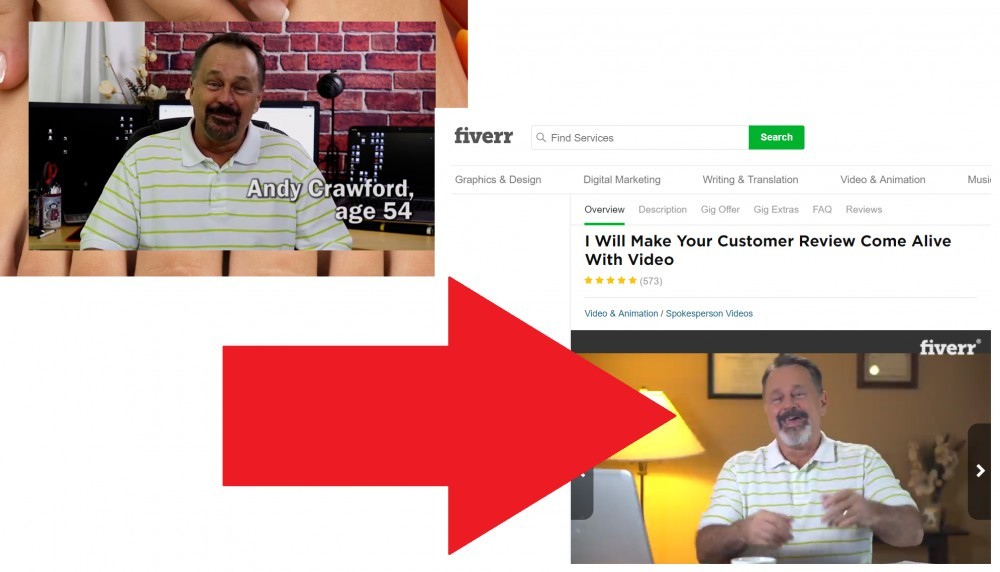 Dr Akara…. Who The Heck Is This Person?

The person who supposedly came up with this “secret treatment” is a Thai doctor named Akara Rojjanasukchai. The problem with this is that I was not able to verify any of this. I can’t find information on this doctor and it is likely that they are made up list for the purposes of promoting this product.

If you have any information on Dr. Akara then I would really appreciate you leaving it below this post in the comment section, but I wasn’t able to find anything.

As I mentioned earlier, throughout much of the video presentation you have no clue what is even being sold to you. The guy just goes on and on talking about how amazing this product is but you don’t know what it is. It isn’t until much later that you find out that this product is an e-book, but they don’t really even make that very clear.

My Prediction For Fungus Destroyer

My prediction for this product based on my research and many other very similar products that I have reviewed, like Fungus Hack & Myco Nuker, my guess is that it will provide a natural treatment regiment that will do good but won’t be nearly the miracle worker that they lead you to believe it is.

The focus is on using natural ingredients to strengthen your immune system so that your body can better fight off the fungus itself. It’s not like this is going to be some powerful prescription medications that attack the fungus directly.

So is The Fungus Destroyer a scam product? Well, there isn’t really a straight answer to this. I would say it is both a yes and no answer. You could say that yes, this is a scam because of how they mislead you so much in the video presentation. However, you could say that no, this is not a scam because they do provide you with a product that does have some value to it, although not nearly as valuable as the lead you to believe.

It doesn’t really matter whether you think it is a scam or not, the bottom line is that this is nothing more than an e-book that provides information on natural treatments that aren’t going to work as good as they tell you. And there is no verifiable proof that these are some “ancient Thai secrets”. This is likely just some more of the misleading sales pitch that they throw at you.

When it comes to fungus treatment products like this one, there seem to be tons of scams and things that are just a waste of money. The people behind these products know that those with fungal infections are desperate for cures so they take advantage of this. They put the big pharmaceutical companies down for sucking money out of people every chance they get yet they do the same thing.

But anyways, I hope you enjoyed my honest review here and found it helpful. If you have any comments, questions, or concerns please feel free to leave them below and I’ll get back to you as soon as I can 🙂 You can also leave any personal reviews you may have of The Fungus Destroyer below. I am sure other readers find them helpful.