HSV Rapid Remedy Review – Scam or Does It Work?

Does the HSV Rapid Remedy really work? Will it really get rid of herpes in just 3 weeks? Or is this another over-hyped scam that is just going to leave you disappointed and with less money than before?

In this HSV Rapid Remedy review we'll be going over what the remedy is, how it supposedly works, red-flags, and why we DON'T recommend it. You heard correct. We don't recommend it. This seems to be another massively over-hyped product, just like many others we've exposed, such as "The Over 40 Hormone Reset Diet".

You've probably seen the presentation for this remedy. There are both video and text presentations that have surfaced on the internet, both of which have the same sales pitch according to our knowledge.

The story goes like this: Dr. Christine Buehler was diagnosed with both type 1 and type 2 herpes (HSV1 and HSV 2). She was devastated. But instead of giving up all hope, she went on the search for a cure.

Christine collaborated with her former professor, Dr. Ken Languin to find a cure, which they stumbled across and found to be "100% effective" - according to them.

We are also told that the cure only takes 3 weeks to rid the body of the virus... removing every trace.

But, then why haven't we heard about this miracle cure?

In the promotional material they already have this question covered.

We are told that they tried to publish their research in medical journals but couldn't, stating that... "researchers and doctors wouldn't publish our findings, he said... Was that they were absolutely terrified of being blackballed by the pharmaceutical industry".

So... the next step was to get this information to the public through another route, which is via the publishing of the HSV Rapid Remedy ebook they are trying to sell us.

It sounds too good to be true, and the background story seems a bit fishy, but let's get to the review and see if this information checks out... 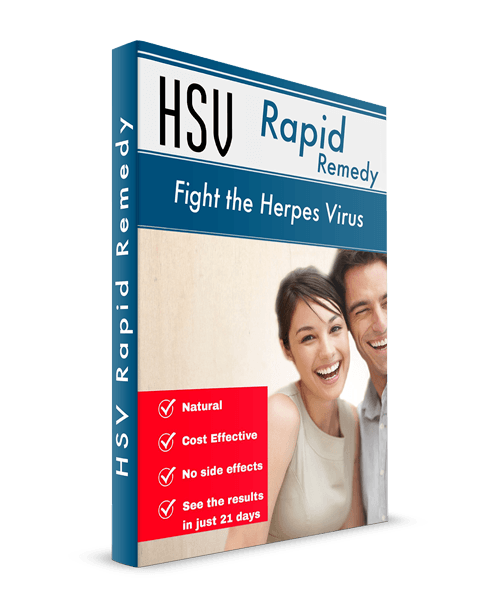 HSV Rapid Remedy is an ebook that provides a natural remedy for getting rid of the herpes viruses, both herpes 1 and herpes 2. It is a digital product and can be accessed immediately after purchasing.

The ebook is the creation of Dr. Christine Buehler, who was helped by another doctor, Dr. Ken Languin, with the formulation.

In a nutshell, this protocol/remedy provides information on what herpes victims should be eating and doing to help their immune system get rid of the virus.

Alert: We don't recommend this product. There is no hard-proof that it works & too many red-flags.

How It Supposedly Works

The reason our bodies can't fight off the herpes virus is because it is sneaky, and is believed to hide in neurons, or nerve cells, near the spine.

Not only does the virus hide here, but it also takes over proteins, or ICP47 proteins, and is able to evade detection from the immune system by doing this.

The way that we are told this HSV Rapid Remedy works occurs in 2 parts:

Supposedly the researchers behind this tested out over 120 different formulas trying to unbind the protein from the virus and to get this to work.

Obviously there are red-flags galore here. They can say all the wonderful things they want to... but how much of it is really true? Will this really get rid of herpes?

There are quite a bit of red-flags that unfortunately lead us to believe that this is just another over-hyped product that claims to be a miracle cure, but really isn't.

#1 - No Information On The Doctors Behind It

Dr. Christine Buehler and Dr. Ken Languin are supposedly the medical professionals behind this cure. 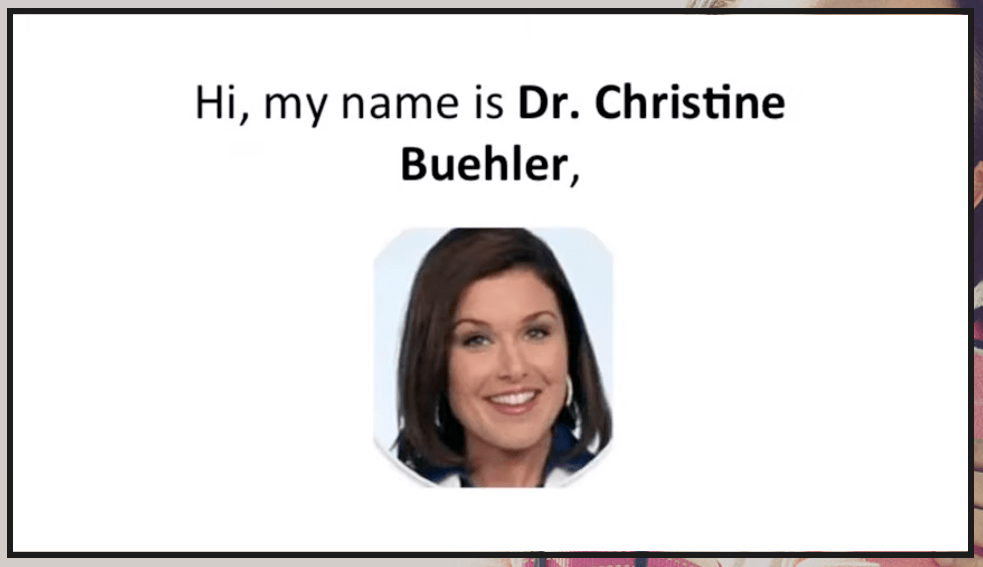 However, there is not really any information on them. Upon searching for more info, all we were able to find was promotions for this HSV Rapid Remedy product.

There was one piece of information that seemed convincing at first. It was a PDF document about a natural herpes cure on Academia.edu. At first we were surprised and wondered if this could actually be legit... but then it turned out to just be another promotion. The PDF document was filled with links trying to get people to purchase the product. 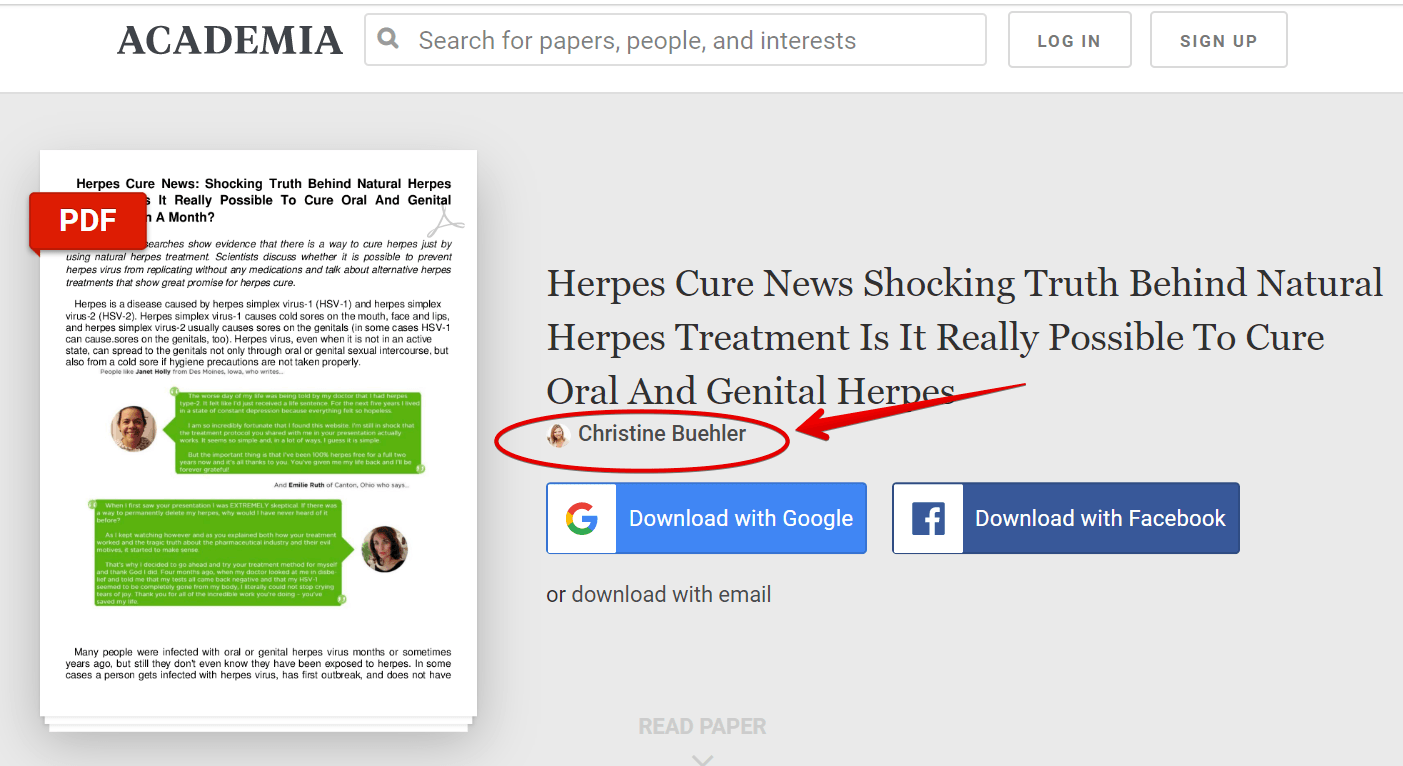 UPDATE: It turns out that this "Dr. Christine Buehler" is a fake name... they even tell us. In the disclaimer that was at the very bottom of the page it states that "Christine Buehler is a pen name"...

Now this just makes things all the more suspicious. Why do the real creators of this product feel the need to hide behind a pen name?

If you came out with a cure for herpes, wouldn't you be more than happy to stand behind it and show your face?

Now this certainly doesn't prove anything, but it's another major red-flag to add to the list.

#3 - The Pharmaceutical Industry Is Covering It Up...?

Sure, the pharmaceutical industry doesn't exactly seem to be the most trustworthy, but are they really covering up this herpes cure? 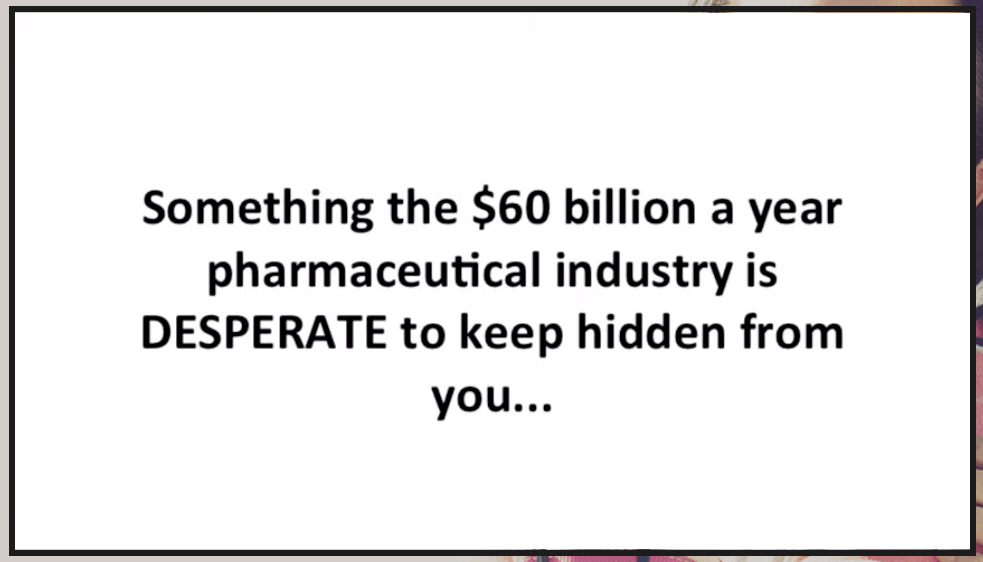 That's what we are told. However, it seems that this is a fairly common statement in promotional material for supplements, treatments, etc... and usually there is no proof of it being true.

This is more than likely a complete lie.

Christine, the doctor, claims that her and her other doctor friend, Dr Ken Languin, who probably don't exist - tried to publish their research findings in medical journals but no one would allow it out of fear of the big pharmaceutical companies. But again, there is no proof of this, which you would think they would furnish if it were actually true.

#4 - No Cure Exists... According to Reputable Sources

We know, we know... they claim that the reason a cure doesn't exist is because the pharmaceutical industry keeps covering everything up.

However, even the CDC states that there are no proven cures, only treatments that can treat symptoms.

The cost of the ebook is $67. As mentioned, this is a digital product and can be viewed immediately after purchase.

What seems strange is that this remedy would be sold for such a low price.

Now as you already know, we don't trust the information provided 100%, but let's just think for a second that this does actually work.

Why on earth would the be selling it for so cheap? A cure for herpes would be groundbreaking and if you're the only one who knows the cure then there is a lot of price power there... it just doesn't seem realistic.

Refunds are available. The product is sold through the BuyGoods platform, which has a 60-day money-back guarantee... "no questions asked".

Is The HSV Rapid Remedy a Scam?

Unfortunately it seems likely that it is. There just isn't any hard evidence that this remedy works, much of the information in the promotional material is made-up, and we have no idea who is actually behind the product.

Conclusion - Worth a Try?

While you are free to purchase this ebook if you want to, we certainly won't be recommending it to any of our readers. This just seems like another over-hyped miracle cure where the people behind it are trying to make money off of unsuspecting individuals who are desperately trying to treat their medical condition.

Now it's your turn: What is your opinion of the HSV Rapid Remedy? Let us know in the comment section below...